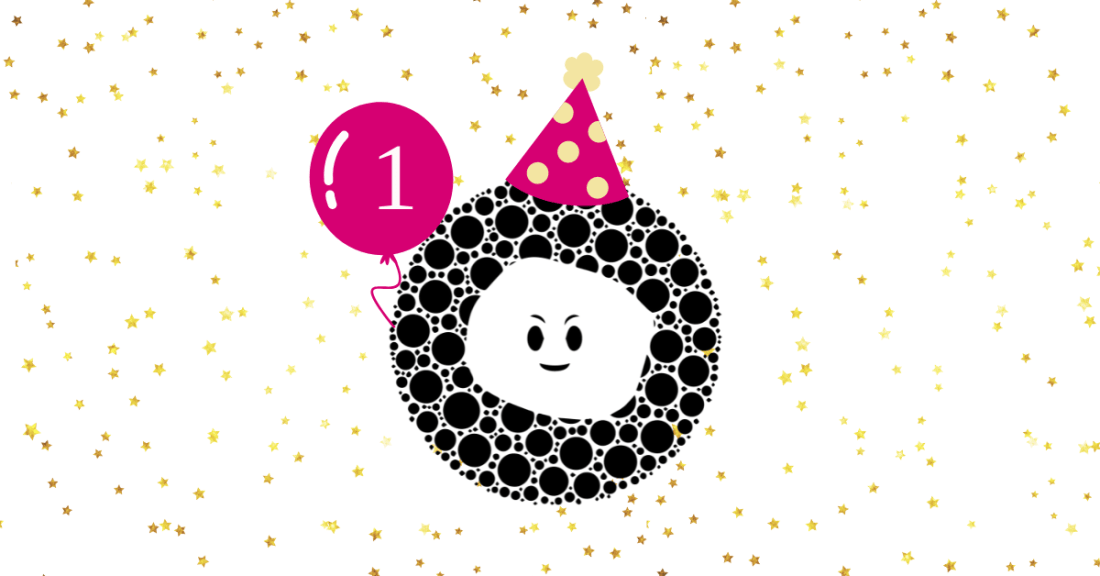 This week marks one year of me telling strangers, “I’m not supposed to be here.”

As they try to guess where this unsolicited conversation is going, I clarify, “Oh I don’t mean I should be dead. But I should still be in solitary confinement.”

I beam with the satisfaction of knowing I’ve already won the day, as they consider if I’m a public safety threat.

Mast cell activation syndrome {MCAS) has never been easy to explain, so describing the freedom and joy of remission is basically impossible.

I try to relate in simple terms, “I couldn’t do stairs for 5 years. I could only eat 15 foods without any spices, not even pepper. I had to spend Christmas and birthdays alone.”

MCAS remission has affected every aspect of my life. My gratitude is endless. For example, I can buy food without reading the ingredients labels, I can meet new people and remember their names, and I can wear new clothes without worrying about losing my skin.

It’s okay if people don’t understand the details, but I desperately want the world to understand three things:

I want people to get access to help sooner than I was able to, so they can avoid unnecessary suffering and damage to their bodies.

Thank you for your kind messages in response to my video on social media. I’m glad to hear my work is making a positive impact and inspiring hope. It encourages me to continue to share my story and create resources. 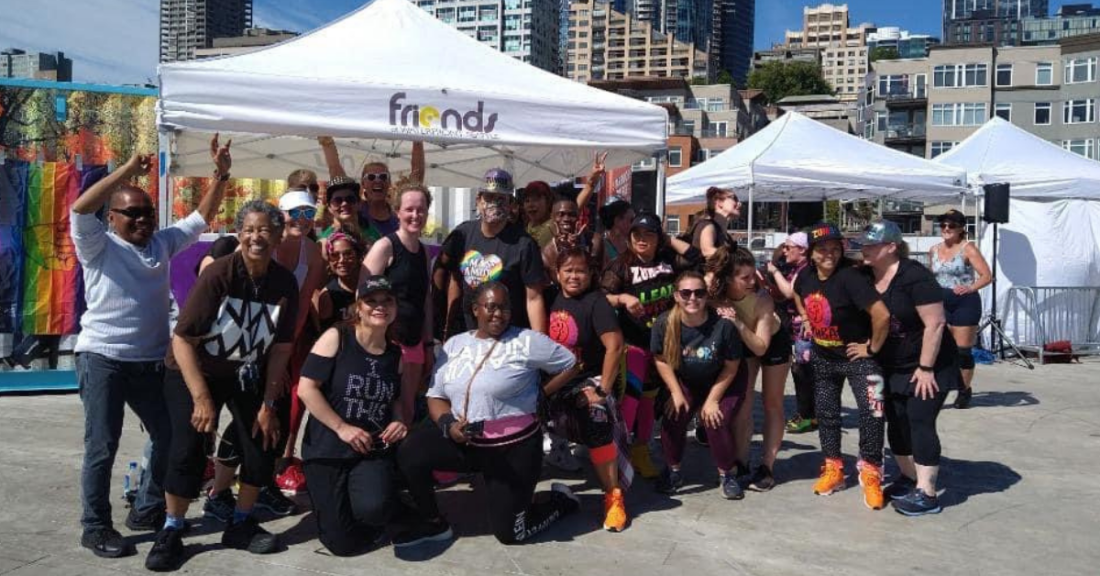 You don’t just return to normal.

This spring, as people got vaccinated and re-emerged from their homes, the news media began reporting on “re-entry anxiety.”

I rolled my eyes, not because I don’t empathize, rather because I do. Face masks, social isolation, and now re-entry anxiety–I’m a damn trendsetter.

Of course, you’re going to struggle to re-integrate with people that could have killed you, intentionally or not. For the past five years, I isolated myself, because socialization was too dangerous. At worst, people’s fragrance sent me to the emergency room and destroyed my organs. At best, hanging out with even one fragrance-free friend caused me pain and fatigue for 24 hours. I couldn’t grocery shop or spend holidays with my family without jeopardizing my health for FIVE YEARS.

So, when I went into remission in April, I ate all the food, tried all the sports, and soaked in all the sun, but people still made me nervous.

Psychologists recommend taking small steps to ease back into the world, like exposure therapy.

Of course, I did not listen to the medical professionals. I did not take small steps. I flew across the country.

When I landed in Seattle, my friend called me an Uber, because I didn’t know how. Overcome with joy and anxiety, I shouted to the driver, “This is my first Uber and I’m in remission!” After five years of life-threatening reactions, I’m terrible at small talk, so for the next 20 minutes we discussed the meaning of life.

A friend planned on joining me for Zumba on the pier, but I gave her the wrong time. I put on my neon pink skirt and walked over anyway. Apparently, the skirt was a giveaway, because a woman tapped me on the shoulder, and asked if I was going to Zumba. She introduced herself and we both admitted we were nervous about dancing in public surrounded by cameras. We instituted the buddy system, but the salsa music quickly evaporated our fears.

And then I made a lot more Zumba friends.

Apparently, dancing publicly with strangers was invigorating because I cranked out 27K steps (11.5 miles) before bed.

The next day, I crawled into a van with 8 strangers to spend 12 hours on a mountain. Our guide had a magical skill set–an environmentalist, hospitality host, and a group facilitator. Everyone was incredibly kind, as I hiked the trails sporadically exclaiming, “I’m so happy to be alive!”

After oversharing my remission with another Uber driver, she suggested I celebrate by getting pregnant on my vacation.

“What about the father?” I asked.

Apparently, this is where I draw the line on new experiences.

Instead, I drove with friend-of-a-friend I had only met twice to California. A few weeks before, I had heard about her travel plans, so I DM’ed her, “Let me know if you want a road trip buddy.” She’s a total saint for saying yes and we had a great time.

By the time I made it to Southern California, I was so comfortable in my own body and grateful for the people around me, I didn’t care what people thought. As I l floated on my surfboard waiting to catch a wave, admiring the majestic ocean, I told my instructor, “I wouldn’t mind dying out here.”

After my surf lesson, I had lunch with the best kind of stranger of all–another mast cell disease patient, Lisa Cairncross. Stranger, of course, is a bit of a stretch. Like most MCAS patients, we had never met in person, but Lisa has been a kind and generous friend for many years through social media. We shared stories and laughed at jokes that only those with mast cell disease can appreciate. I am hoping to visit her again this winter.

Of course, the trip wasn’t perfect.

My vacation was amazing because of the people.

For so many years, I would say, “It takes me awhile to warm up to new people.” I considered myself an introvert, but really, I was a raging extrovert stuck in survival mode. When your body is screaming, connection is not a priority.

When I went into remission, people got excited. I received more attention than when I needed help the most. I was congratulated and praised by people who let me down or hurt me.

The strangest thing happened: I let them be excited. I even made plans with some of them. I guess when the pain left, it took the anger away with it. I stopped holding space for the past and began meeting people where they were.

So far, the best gift of remission is discovering people aren’t so terrible. (If anything is terrible, it’s chronic pain and illness.) Introvert or extrovert, we all need people–even if it’s just to wriggle us into a wetsuit and tell us our butt crack is showing.

For more photos from my road trip, check out my Instagram!

You know that feeling when you decide you’re ready to be discharged from the hospital? Like you’re thankful for all everyone has done, but you’re about to rip out your IV and get the hell out of there? As the nurses finalize the paperwork, you’re sitting on the very edge of the bed, next to your packed bag, prioritizing your to do list.

It’s been two months since I went into remission from mast cell activation syndrome (MCAS) and I wake up every morning ready to burst out of my condo. When I started this blog, I worried that I would not be able to write posts regularly because of chronic illness. Ironically, writing during remission feels impossible. After spending five years in pain and isolation, I’m not interested in sitting still.

Since MCAS remission, I have also stopped my dysautonomia medication and my dysautonomia symptoms have disappeared. My resting heart rate has gone from 81 bpm to 69 bpm! I am more active than ever, yet I have not had a single EDS-related injury or subluxation. Before remission, I experienced subluxations about every three days from walking. Clearly, mast cells impact our nervous systems and connective tissues. I hope my remission will encourage more dysautonomia (e.g. POTS) and Ehlers-Danlos syndrome patients to pursue MCAS testing and evaluation.

Everything is brighter, happier, and more amazing. Not only can I do all the things and eat all the things, but I am raving like a kid, soaking in every experience. I am overwhelmed, overjoyed, and a little lost. For the last five years, every hour was dictated by mast cell disease. There were so many rules, many of them conflicting. I had whittled my life to a strict regime dictated by pain, not joy.

I have been so isolated for so long that I just want to scream, “WHAT ARE MY CHOICES?”

In actuality, when I went to the grocery store and faced all the choices, I grabbed avocados, pasta sauce, and ice cream, before running out to avoid a panic attack. I can eat anything I want without rescue medication or feeling like I’m going to birth a demon, but I’ve also learned drinking four margaritas or eating an entire bag of sour cream and onion chips doesn’t make me feel great either.

My favorite food is cherry tomatoes. I still hide in the corner on my kitchen and binge entire packages like I’m about to get in trouble. Before remission, I would have barfed before getting the second tomato in my mouth, because of histamine. Yet, my stomach pain has disappeared, and I have tapered of Prilosec completely. (Just 8 months ago, I had an endoscopy that showed inflammation and the gastroenterologist said there was nothing more he could do for me.)

Every day I seek a new adventure. I assumed my muscles would be atrophied from five years of disability, but it appears they mostly just lacked oxygen. I rarely get sore afterwards. I don’t have to worry about one minute of sun or heat making me swell and vomit for the next 24 hours. I have paddled, floated, and swum in lakes, rivers, pools, and the ocean. My daily step average went from 5k to 15k. My cross-training includes weekly running, pickleball, and paddleboard. My lungs have never felt this clear; I have struggled with asthma my entire life. My worst injury has been blisters.

See more photos and videos of my adventures on Instagram.

Several people have asked if I worry about remission ending. I don’t. The end of remission would probably be soul-crushing. No one knows how or when anyone’s MCAS baseline will change or if treatments will stop working. I am still susceptible to trauma, infections, stress, and so many other immune system triggers. Everyone is. But I know I can handle it.

Fear limits our joy. (And is terrible for our nervous systems.) I have been given an incredible opportunity to experience the world in a way most people cannot appreciate. My gratitude neutralizes any bubbling fears. I’m too busy yelling, “I can see fish!” from my paddleboard.

It’s really hard to summarize how extensively MCAS, dysautonomia, and Ehler-Danlos syndrome controlled my life before remission, but here are some old posts and an article to provide perspective.