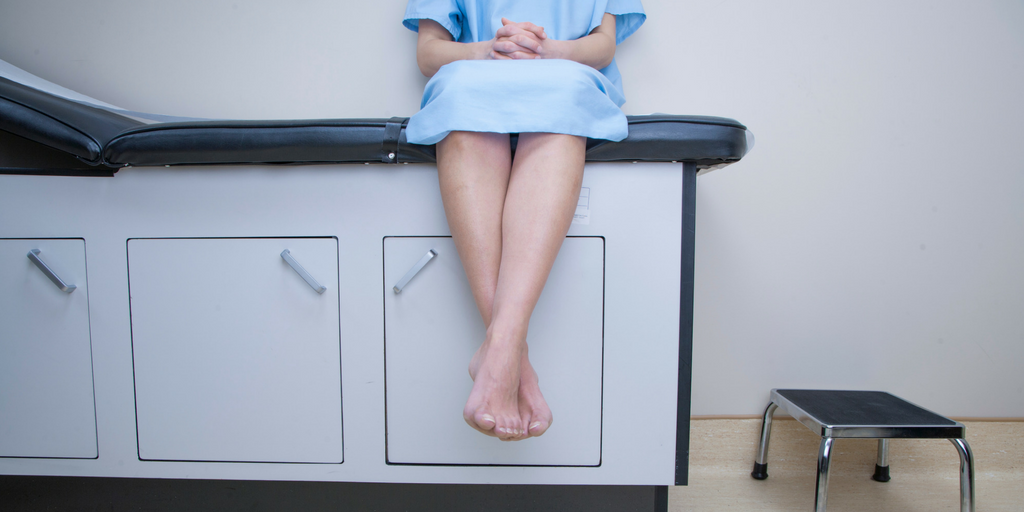 My right kidney is flaring again. Through my research, all symptoms point to interstitial nephritis. I am in so much pain I can’t keep food down. My right kidney shows damage, but my kidney function is okay. Yesterday, I went to a new nephrologist, hoping for a protocol to manage kidney reactions and prevent more damage, but she is afraid of prescribing the recommended treatment, the treatment that I know works for me, steroids. She said steroids have side effects, and I laughed, because I know this firsthand. I tried to explain steroids are a necessity for many mast cell patients, and I tried to explain the connection between mast cell activation and acute interstitial nephritis.

Instead of trying to understand how mast cell affect kidneys, she launched into the same conversation I’ve had so many times with so many doctors.

Doctor: Who is managing your mast cell disease?

Doctor: What about rheumatology? Immunology? Hematology?

Me: No one will treat me anymore at this university, since my specialist moved to New York. My immunologist refused to see me after I was diagnosed with mast cell activation syndrome.

Doctor: Well, what about Mayo Clinic?

Me: They don’t treat MCAS, because there is no agreed upon diagnostic criteria.

Doctor: Well, there has to be other doctors?

Me: The few specialists in Minnesota that are willing to treat MCAS patients beyond the first lines of treatment are in private practices and I can’t afford them because they don’t accept insurance.

Doctor: Well, can you talk to HR and your insurance to try to get coverage?

Me: No, you don’t understand. Those doctors don’t accept any insurance. They cost about $500/hour and I can’t afford that.

Doctor: Well, maybe there is a clinical trial you can enroll in?

Me: There are none.

Doctor. Let me look… there are a bunch for mastocytosis.

Me: I don’t have mastocytosis. That is a different mast cell disease. I have mast cell activation syndrome.

Doctor: Oh. Well, I’m sorry I can’t help you more. You really need someone to manage your mast cell disease.

There goes another $35 copay. Today, I am at home trying to manage my pain and reactions myself with medications prescribed by my PCP. It’s hard to have hope when doctors won’t or can’t take the time to learn. I don’t know if I will ever have access to adequate care, but I refuse to lose an organ, because doctors are not educated on my disease. 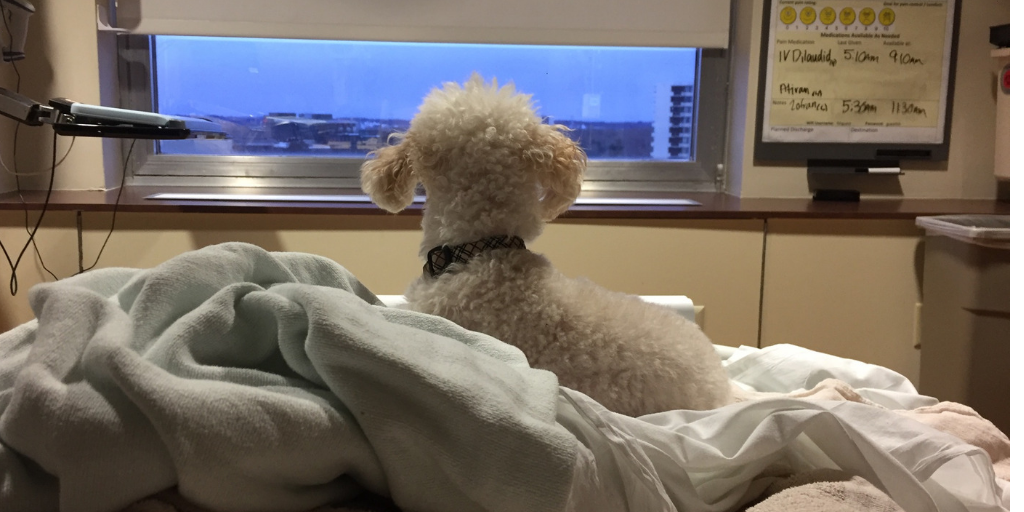 I’m recovering from a five-day hospital stay for a CSF leak. After two weeks of agony, adrenaline, and vomiting, a neurologist ordered a blind blood patch, and luckily it worked. Luckily, it’s still working. However, the leak, the MRIs, and the dye really pissed off my mast cells. And two doctors refused to give me mast cell medications.

I feel like I’ve been to hell and back, and I need to rest before I process the trauma.

I checked into the emergency room alone, per usual. I am my own best advocate and I hate asking for help. However, I underestimated the sedating power of Diluadid, Ativan, and Benadryl. I remember trying to text a single word to a friend for several minutes before giving up. Another friend suggested I dictate my texts and I thought that was a brilliant idea. Then I promptly forgot that idea.

My Facebook posts quickly devolved from official updates into a stream of consciousness.

“I hope Sancho visits me.”

Sancho is my toy poodle service dog. Instead of asking for someone to get him for me, I simply hoped aloud Sancho would make that choice himself – as if Sancho drives himself to the hospital. Luckily, my friends brought him to the hospital soon after my post. He woke me up at 3 am, when I pulled my IV out in my sleep. So. Much. Blood.

“At least I have corner room now. I’ve been watching humans park add snow all day”

I think this was the point in which my friends realized I probably shouldn’t be alone. On the 7th floor, I could see a nearby ski hill making snow. I watched it for hours, my own personal snow globe. Nobody else seemed to think it was as wonderful as I did.

My friends made sure I had everything I needed, making several trips to my condo. They even let me think I was still being helpful and orchestrating the details via text message.

“Ok but my mekhjnkr will have just to let you in”

Amidst all the cognitive impairment, I managed to purchase an Audible subscription and download several audiobooks. However, I listen for one minute before realizing I could not concentrate on a whole sentence.

On the fourth day, I became really pissed.

I have a couple names for the doctor that refused to administer mast cell medications when my kidney went into hydronephrosis. Cutie is not one of them. And by “almost left crying,” I really meant threatened to rip out my IV and flee the hospital screaming.

Without a doubt, I would not have survived this hospital stay without my friends. Perhaps the cognitive impairment was the blessing I needed to accept help. My friends reminded me that we all deserve help and we all struggle with autocorrect.

“She’s been through a lot this afternoon. But they finally have things almost under control. Her murder is fantastic.”

I have a lot to process: a leaking brain sack, a shrinking kidney, and a health care system that failed me. But my murder is fantastic. I don’t know what that means, but somehow I am comforted.

So, inevitably, I tapered off prednisone and fainted all over my condo for three days. Then I decided to be brave and try a new treatment: quercetin, a mast cell stabilizer. At first, it felt amazing. My kidney inflammation completely disappeared. Two days later, I lost my vision and feeling in the right side of my body.

After I stopped the quercetin and my vision came back, I lost hearing in my right ear. I have no idea why my mast cells decided to trap a bunch of fluid in my ear. I tried to tough it out, but vertigo forced me to crawl like a baby. Sudafed opened up my ear tubes, but now the decongestant is pissing off my pee tubes.

And no one wants to hear about these problems.

A young guy moved into the condo next to me. This is significant because until now I was the token young person in the building. It’s nice to live next to another person with a job and other priorities besides monitoring me, my dogs, and my garden. (Stop looking in my window, Susan!)

As soon as he bought the place, he started tearing down the walls. I think it’s admirable when someone renovates their own place, so I didn’t even mind the noise. Although I did get nervous when my bathtub shook as his sledgehammer blasted the adjoining wall.

The following day, as he continued to work on his bathroom, I learned my shower wall provides practically no sound barrier. Even with my inflamed ear tubes, I could hear every word of his TED Talk podcast… in my living room. Of course, at that moment my pee tubes declared it was time to relieve myself. Reluctantly, I sat down on the toilet. This episode was about gender and genetics. So, he’s a handyman and an intellectual. And yeah, of course, he’s attractive. After all, one does not remodel without muscles!

First impressions are everything, and the sound of my tinkle is reserved for my closest friends. I held my bladder and wished I had to do another 24-hour urine analysis, so I could pee in a bucket in the privacy of my bedroom. Maybe I need to go to the hospital to get my problems sorted out. Or at least until my neighbor puts a bathroom wall up.