Do you ever get a strong urge to go somewhere or do something totally out of the ordinary? There’s no apparent explanation for it, but you MUST do the thing.

As soon as the snow melted, I NEEDED to go canoeing. I NEEDED to leave the city and paddle down a river lined with tall, green trees.

Maybe it was an instinctual calling after months of hibernation and mountains of snow? Or maybe it was my body craving a physical challenge as it slowly regained strength? Maybe it was just an excuse to put my dogs in their adorable life vests?

This urge contradicted every precaution I’ve taken every day for the past three years. I imagined how many ways canoeing could go wrong:

I did not feel confident.

The urge continued to nag, “You really need to update your Facebook photos. Think of how cute your poodles will look!”

So, I texted a friend, “Do you want to go canoeing?”

I waited for her to tell me it’s a horrible idea.

“Sure,” she said, because I have supportive friends that let me test my horrible ideas.

So, I picked a 4-foot-deep river and a cloudy day.

Perched on the bow, I felt a bit more confident, like an explorer, brandishing my paddle. I only dropped it once. The river, aside from a few mild rapids, gently guided us down stream. Basically, we floated the whole two hours. Our only real job was not to make any sudden movements and tip the boat.

My only source of anxiety during the trip was when one of my poodles tried to fight a bald eagle. Quixote, who is 9 pounds and cowers at geese, had no reservations about barking and lunging at a bald eagle swooping increasingly closer to our boat. I imagine the eagle was ultimately dissuaded by his blaze orange life vest, completely validating the hour I spent digging the vest out of storage.

When we reached the landing, I leaped out of the boat and dragged it onto the shore declaring my victory. I was alive. I did the thing. My friend congratulated me on an uneventful voyage, but only I could truly appreciate what I had achieved. I knew my accomplishment could be attributed to luck (the weather was absolutely perfect) as much as determination (months of painful rehabilitation). But most importantly, it was about conquering fear. 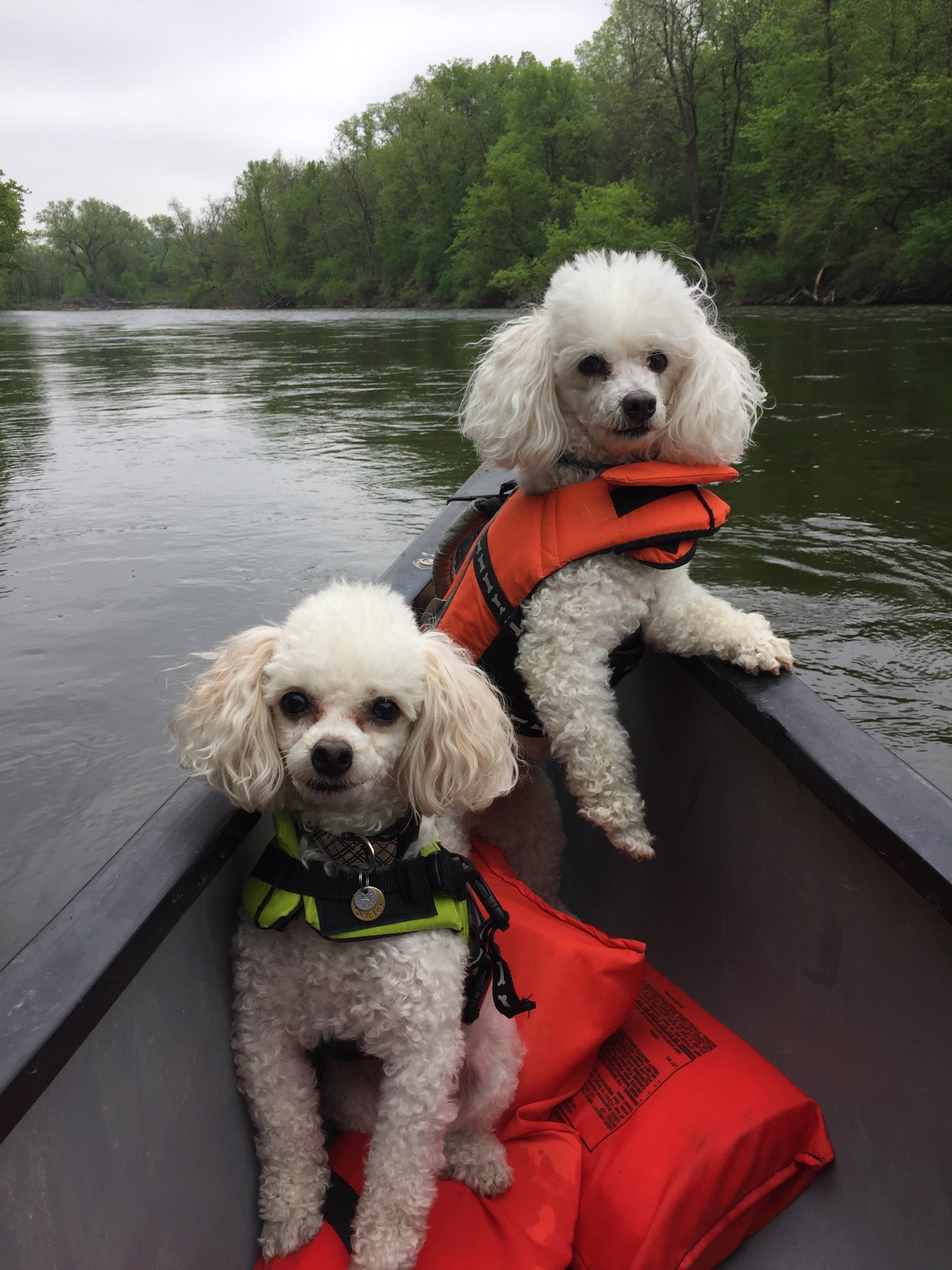