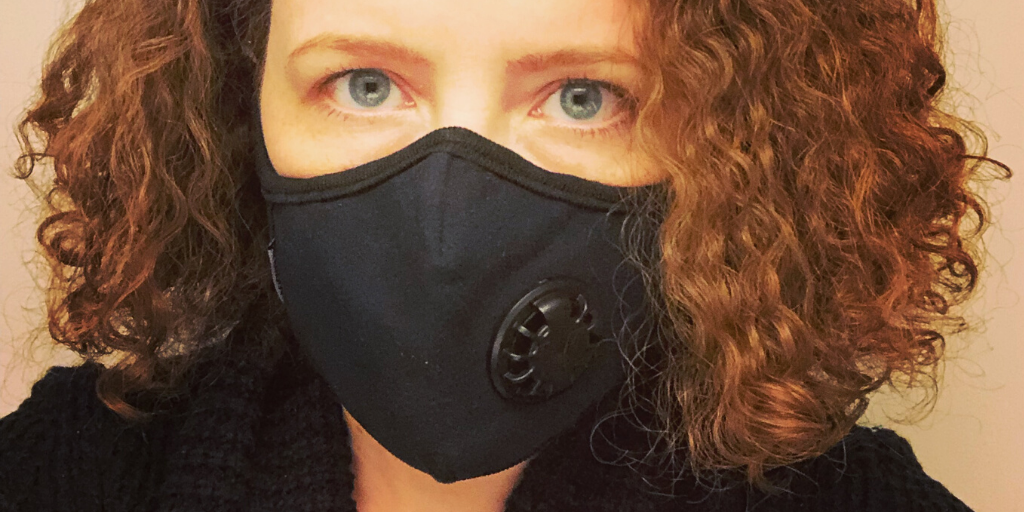 Over a year ago, I had to quit my writing group. Not because they didn’t accommodate my disabilities, but even with accommodations, my body was too tired and painful to go to someone else’s house after work. I almost cried when my groupmates reached out last month and offered to meet over Zoom. Not only did I get to stay at home, but I had energy to enjoy it.

The pandemic continues to create new opportunities for me. This week, encouraged by my writing group experience, I signed up for a virtual writing workshop with one of my favorite authors, Samantha Irby. (Check out her new book, Wow, No Thank You.) The workshop challenged participants with the following prompt: What do you miss from your pre-pandemic life?

My immediate reaction was NOT MUCH.

Do I miss forcing my disabled body into the office every day? Peoples’ disregard for my health and safety? My friends forgetting to check on me due to busy schedules? Inaccessible authors’ events and writing workshops?

Brimming with gratitude and sarcasm, this is what I wrote:

I miss the fear I used to induce when wearing a mask. Before Americans cared about breathing, my N95 declared I was different. In a bad way, of course. I chose a black fabric to discourage any double takes. On the bad days, when my muscles ached with inflammation, I hummed the Imperial March as coworkers and grocery shoppers scurried away. No more wasting energy on small talk or pretending to fit in. Most people worried I was sick or weird–the difference didn’t really matter as long as it didn’t affect them. Only the bravest, people who had been through hard shit too, made direct eye contact and befriended me.

Now that masks are cool, I can’t distinguish the empaths from the assholes. Are they wearing one to protect others too or do they only care about themselves? Worst of all, I’m no longer protected from expectations or criticism. Recently, when I took off my mask in order to load my groceries into my car with adequate oxygen flow, a customer lectured me on the importance of masks. My disability parking permit just doesn’t wield the same power. 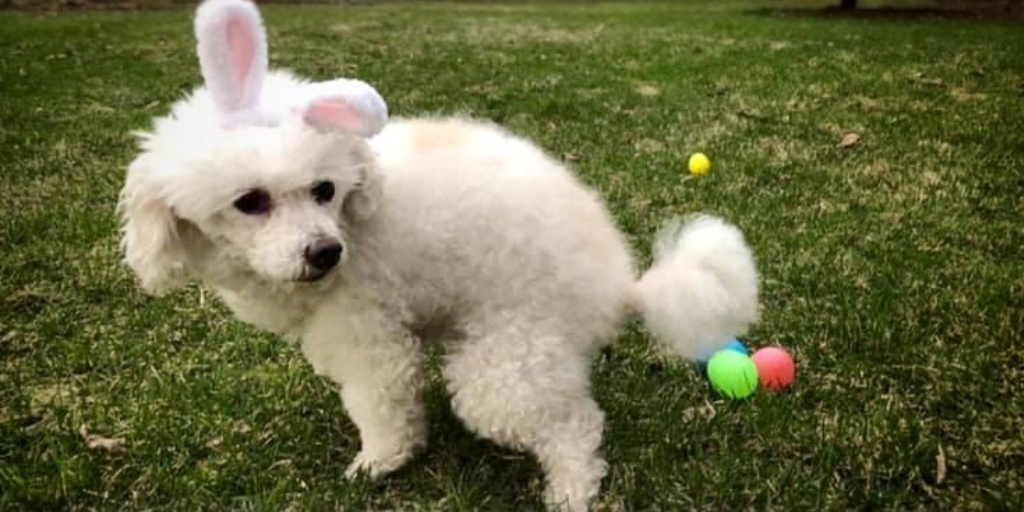 Growing up, my parents were pretty sloppy about their holidays lies. Mostly, they enjoyed sleeping more than I did. When I was six, I discovered my mom hiding Easter eggs in the backyard just before breakfast. Instead of confronting my parents, I quietly watched from my bedroom window, memorizing each of her hiding spots. I didn’t want to ruin the Easter Bunny for my younger brother, but I also didn’t want him to get any of the eggs.

So, when I mom shook me awake on Easter morning at age 7, I was surprised and suspicious.

“Wake up! Wake up! Come look out the window!” she said, pulling back my covers. At first, it sounded like a trap, but then I remembered it was a holiday and there may be gifts involved. I followed my mom and my brother to the dining room window.

The sun had just started to rise behind the tall evergreens in our backyard.

“Look!” she said. I searched the greenery for the neon eggs I’d been trained to find. “Under the tree!”

A giant white mass stirred under the pine tree. It bounced towards the window and stood up: a seven-foot-tall creature topped with a bulbous head and two wonky ears. It waved at us with its white mitten. My brother and I gasped, but for different reasons. The oversized rabbit slowly turned, without moving its neck, and hopped in a circle with great effort.

The tallest person I knew was my dad. It must be dad, I reassured myself.

Just as I was about to take a deep breath, my dad entered the room and exclaimed, “The Easter Bunny is in our yard!”

“WHO IS THAT?!” I demanded, as my heart pounded. The white monster was facing the window again and waving. Its big, blank eyes followed me as I shrunk behind my mom.

“It’s the Easter bunny!” my parents shouted with pride. My brother grinned and waved back.

“WHO IS THAT?!” I shouted. Grandma and grandpa were too old to play dress up. I couldn’t think of anyone else. The backyard had always been my safe haven.

“It’s the Easter bunny! It’s just hopping through the neighborhood,” my parents said.

“TELL ME!” I shouted with tears welling in my eyes.

This where my parents made their second mistake.

“We don’t know who it is!” they said, finally acknowledging that I was too old to believe in the Easter Bunny. Unfortunately, they did not acknowledge the trauma of being ambushed by a seven foot rabbit regardless of age.

“WHAT DO YOU MEAN YOU DON’T KNOW?!” I screamed.

Several hours later, after it was clear no amount of chocolate could justify the monster strolling through the backyard, my dad confessed the bunny was his co-worker. He definitely thought that would lessen my fears, but here I am, writing about it at age 33. Plus, have you seen Donnie Darko?!

This year, people around the world are spending Easter in isolation due to the pandemic. To be honest, I’m grateful. This is my fifth Easter in isolation due to mast cell disease and I’m tired  of inciting pity and discomfort when I tell friends and co-workers that I spent a holiday alone. People assume spending holidays alone is the worst. It’s certainly not my first choice, but I also appreciate my holiday autonomy. I focus on activities I can enjoy, and abandon any traditions I don’t. Most importantly, I am safe from the Easter Bunny. (I shut my shades just in case.)

A few years after the Easter Bunny incident, my parents went out of town. They let me sleep over at a friend’s house. She loved animals as much as I did, but my parents wouldn’t let me have a pet.

When my parents came home from their trip, I met them at the front door with a large hat and wand in my hands.

“I learned a new magic trick while you were gone!” I gleamed. “Abracadabra!”

I waved my wand, reached into the hat, and pulled out a black and white mini lop.

“Isn’t that an awesome magic trick?” I asked my stunned parents. “He’s mine now!”

The karma of bunny magic. 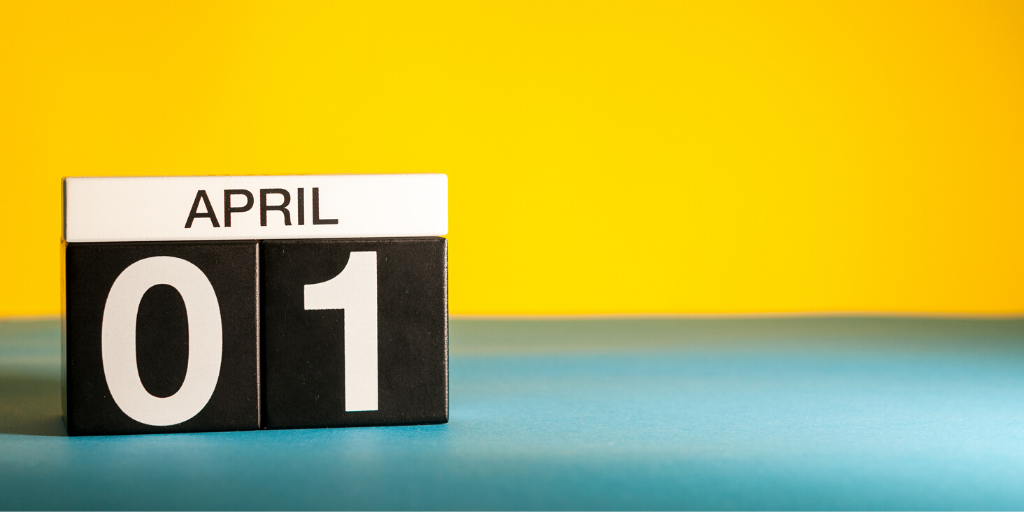 It’s hard to make friends with mast cell disease. Sometimes, work is the only place I get social interaction all week, and even then, I spend most workdays alone in a HEPA filtered office with no windows.

Of course, my personality and service dog are magnetic, so I’ve managed to forge a few relationships on the way to the bathroom.  These colleagues have always taken a genuine interest in learning about my illness and disabilities. They make me feel welcomed and supported.

So naturally, I decided to prank them.

My colleagues were blindsided by my trickery, because I told them I was strictly off-limits on April Fool’s Day. My body does not handle pranks well. Any strong emotion, positive or negative, can trigger my mast cells and send me into an allergic tailspin. I declared this publicly last year on March 31, and then went home to craft my prank.

On April 1 at 2 p.m, when brains and tummies begin grumble, I skipped down the hallway, inviting them to my office for a treat.

“I made brownies!” is what they heard. “Gluten free!” I shouted to my co-worker, who can relate to my food sensitivities.

One by one, they followed me to my office, salivating like Pavlov’s dogs. Their eyes immediately located the brownie pan on my desk covered in aluminum foil.

“Help yourself,” I urged them. They eagerly peeled back the foil, revealing a piece of paper on the bottom of the pan lined with brown letter Es.

“Brown Es!” I cackled, as their bellies gurgled with disappointment. Turns out, my colleagues were really hungry that afternoon. For the rest of the day, every time I emerged from my office, I was greeted with a groan. But every groan felt like a gold star.

Later that evening, I had trouble swallowing. My throat had been bugging me all day. It swells and itches frequently from mast cell reactions, so as long as it’s not life-threatening, I try to ignore it.  However, if it persists for more than a few hours, I begin to worry it’s a virus.

Eventually, I went to my bathroom mirror and aimed my iPhone flashlight into my mouth, expecting redness and inflammation. On the right side of my throat, there was a glaring white mass partially blocking my airway. I gasped while trying to keep my mouth open.

I have cancer! This whole time I’ve been blaming my mast cells and now I’m dying of cancer! Nobody is going to believe me. What are the chances! How the hell did this go unnoticed?

I began to mentally get my affairs in order. Who will take the poodles? Is it too late to plan their estate? Will I have time to burn my diaries? I turned off the flashlight on my phone and google “white mass throat cancer.”

For the first time in the history of the universe, Google assured me I did not have cancer.

Through hundreds of disturbing photos, Google taught me about another bodily horror: tonsil stones. As if kidney stones and gallstones aren’t enough. Google was less certain whether tonsil stones could be removed at home or not. However, the idea of setting up another appointment with doctor unfamiliar with mast cell disease persuaded me to give it a shot.

I thought the biggest challenge would be avoiding infection. No, the biggest challenge is most definitely not throwing up. I was certain I had eliminated my gag reflex after countless gallons of colonoscopy prep and oral contrast, but every time I tried to gently nudge the stone with the end of a sanitized toothbrush, I gagged. As my tonsil finally released the stone, my stomach released my dinner.

I wish I could say this was a classic case of karma, but my body pranks me almost every day. My mast cells’ favorites include stroke-like migraines, temporary deafness, and the occasional shart. In fact, I even blame my mast cells for the stone through inflammation. (My CSF leak was pretty close to my right tonsil.)

Today, I’m happy to be isolated at home, a safe distance from my co-workers. The Internet says April Fools’ Day is canceled out of respect for the COVID-19 pandemic. I couldn’t agree more. I just hope my mast cells got the memo.