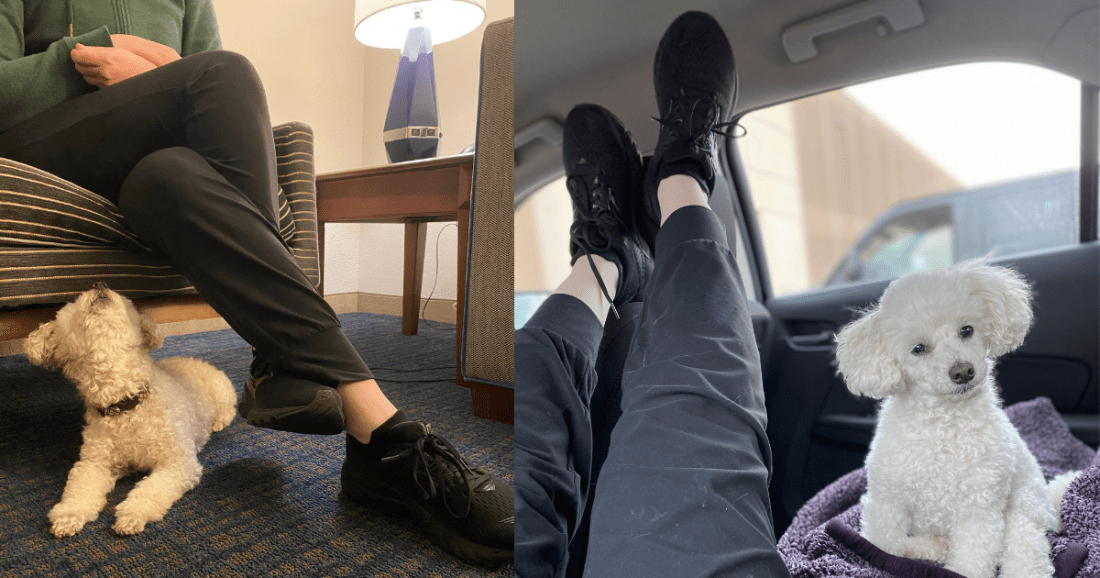 For the past five years, I felt like I was going to lose consciousness any time I was walking or standing. After a year of not passing out, I just tried to ignore the feelings of death and sit whenever possible.

I never strongly pursued autonomic testing, because I hadn’t heard of any appealing dysautonomia treatment options. While beta blockers can lower heart rate and blood pressure, they also can increase mast cell activation. IV fluids always lessen my overall symptoms, but my veins are difficult to stick and react very painfully to IVs. (Drinking water is not as effective.) My symptoms never outweighed the risks of a port or PICC line, a convenient way to deliver fluids and medications.

After autonomic testing, my new MCAS specialist recommended fludrocortisone, a medication that helps control the sodium and fluids, to address my “heavy” feeling, which I was beginning to recognize throughout the day thanks to the tilt table. On the internet, I read that fludrocortisone can raise your blood pressure. My blood pressure spikes when I stand, so I worried the medication would only make it worse. I decided to try it anyway.

My first agility competition on fludrocortisone seemed unremarkable at first. I sleepily walked the course and warmed up my poodle. When it was our turn, we crushed it, winning first place. Maybe a coincidence, I thought. I celebrated with my friends, but something felt off.

I COULD FEEL MY LEGS.

Remember how I didn’t know my legs were numb from the tilt table until I laid back down? I didn’t know I’d been running agility on numb legs until I took the fludrocortisone. My legs didn’t throb and swell afterwards. I leisurely visited with my friends. I took my first picture holding my dog while standing.

And then I realized Quixote and I had just qualified for the AKC National Agility Championship!

BUT WAIT, SO THIS WHOLE TIME I DIDN’T HAVE BLOOD IN MY LEGS?!

I squeezed my 11-year-old pup and fed him some extra chicken. Then I continued to fume.

SOOOO EVERYONE HAS BLOOD IN THEIR LEGS?! AND NOBODY TOLD ME WHAT IT FEELS LIKE! WHAT ELSE AM I MISSING?

Turns out, all organs like blood and oxygen. I had never considered low blood volume might be my problem. My blood pressure actually decreased, probably because my body had been overcompensating from hypovolemia. Over the next few weeks, I felt like I was learning to operate a new body. I really underestimated the impact of dysautonomia on my poop tube. My muscles still brace for pain when I go to the grocery store and I have to remind myself my strength has improved.

AND OH YEAH, TEAM QUIXOTE IS GOING TO THE AKC NATIONAL AGILITY CHAMPIONSHIP IN TULSA ON THURSDAY!

Get in the car; we’re going on a virtual road trip! And by car, I mean YouTube. Please subscribe and buckle up for a good time! 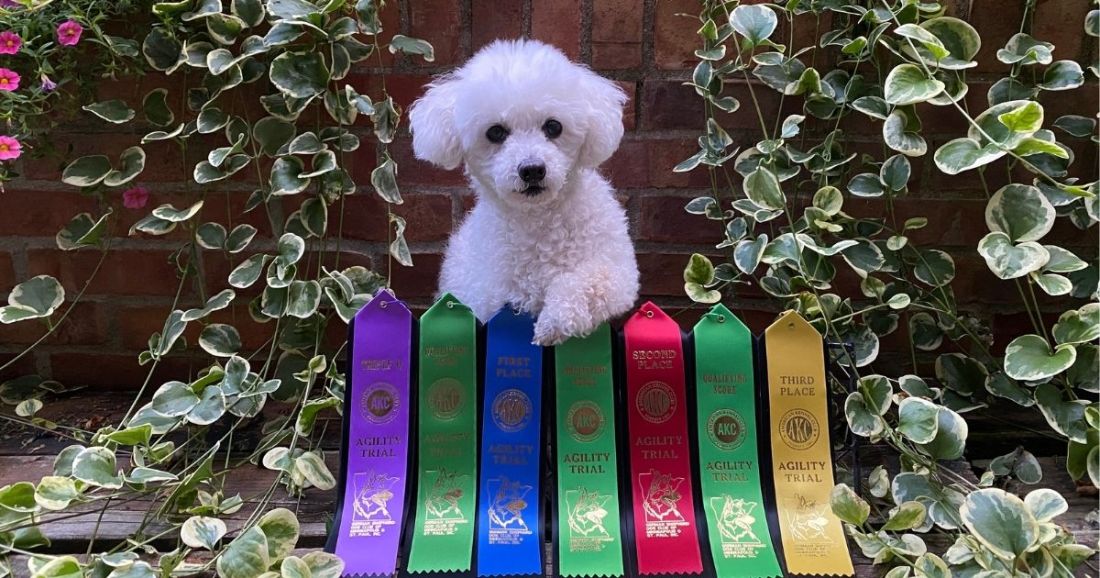 Agility competitors are encouraged to develop a warm-up routine to prepare themselves and their dogs physically and mentally for the course.

As I push through the metal gate and enter the ring, I disconnect from my body and focus entirely on his–four shaved paws, two almond eyes, and an eager tail. A deep, electronic voice commands, “GO!” and adrenaline surges through every cell in my body, knowing each foot placement and hand movement counts. As Quixote sails over the 5-foot A-frame and smashes the teeter totter, I race to direct the next obstacle. When I run out of breath to yell commands, I switch to clapping. When my legs weaken, I send him across the ring with an outstretched arm, just like we practice. In that one-minute run, there is no time process my pain or limitations.

To most spectators, I’m sure I look like the average, non-disabled competitor. They don’t notice my tremoring hands struggling to put the leash on Quixote when our run is done. Or the allergic welts from clapping. They don’t see the rashes from the parking lot sun or the weakness of my arm as I try to open my car door. They don’t see me collapsing on the seat or vomiting on the pavement, as the chemicals from my mast cells strangle my organs. They don’t see me shaking from chills and lying flat, trying to get blood back into my arms and legs.

I’m sure if they saw all that they’d say, “Why the hell do you do that to yourself?”

I compete in agility because overall it makes me feel better. Once the chemicals are dumped in my body and the inflammation has subsided, my body feels more comfortable. I am actually more reactive and injury prone when I don’t participate in agility with rest and accommodations.

More importantly, agility competitions are an immense source of joy and connection in my life. Dogs are amazing painkillers and comedians. Although my toy poodle howls at me when I make an error, the agility community loudly cheers me on no matter what. My agility friends help me move my crate, hold my dog, advocate for fragrance-free bathrooms, and ensure I am safe. They know I can’t stand for briefings and relay important information. They understand I have to save all my energy for those two one-minute runs. When I go home to rest for two days to heal my muscles and joints, I replay the videos of my runs and relive the joy and cheering all over again.

My body has changed a lot since I started competing in agility. My disabilities vary day to day. I haven’t overcome my disease; I’ve learned to adapt. My dog doesn’t care. He just wants to have a good time and eat chicken. As much as I love the ribbons, Quixote reminds there is more to life than our accomplishments.

Some mornings before competitions, my whole body screams. I encourage myself to show up and promise myself I can always go home. I almost always show up in pain. Thanks to accommodations and support, I almost always leave with joy and a happy pup. 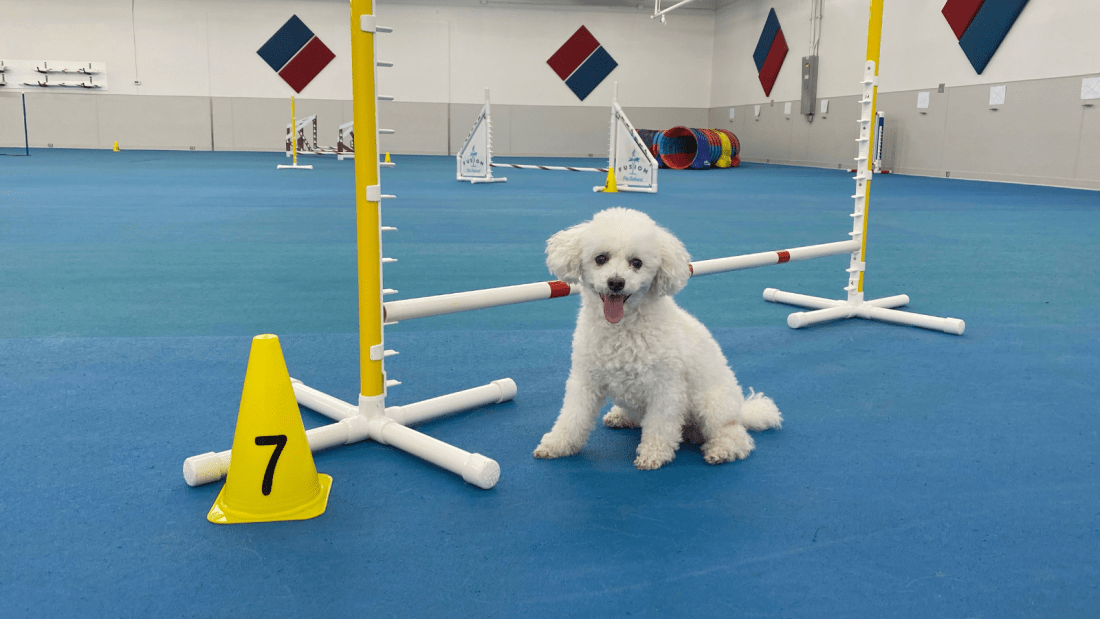