Every year, I receive a free Christmas tree from my realtor. I have always been allergic to evergreens, so I place them on my patio and wrap them in lights. To me, the trees twinkle more beautifully under a fresh layer of snow. 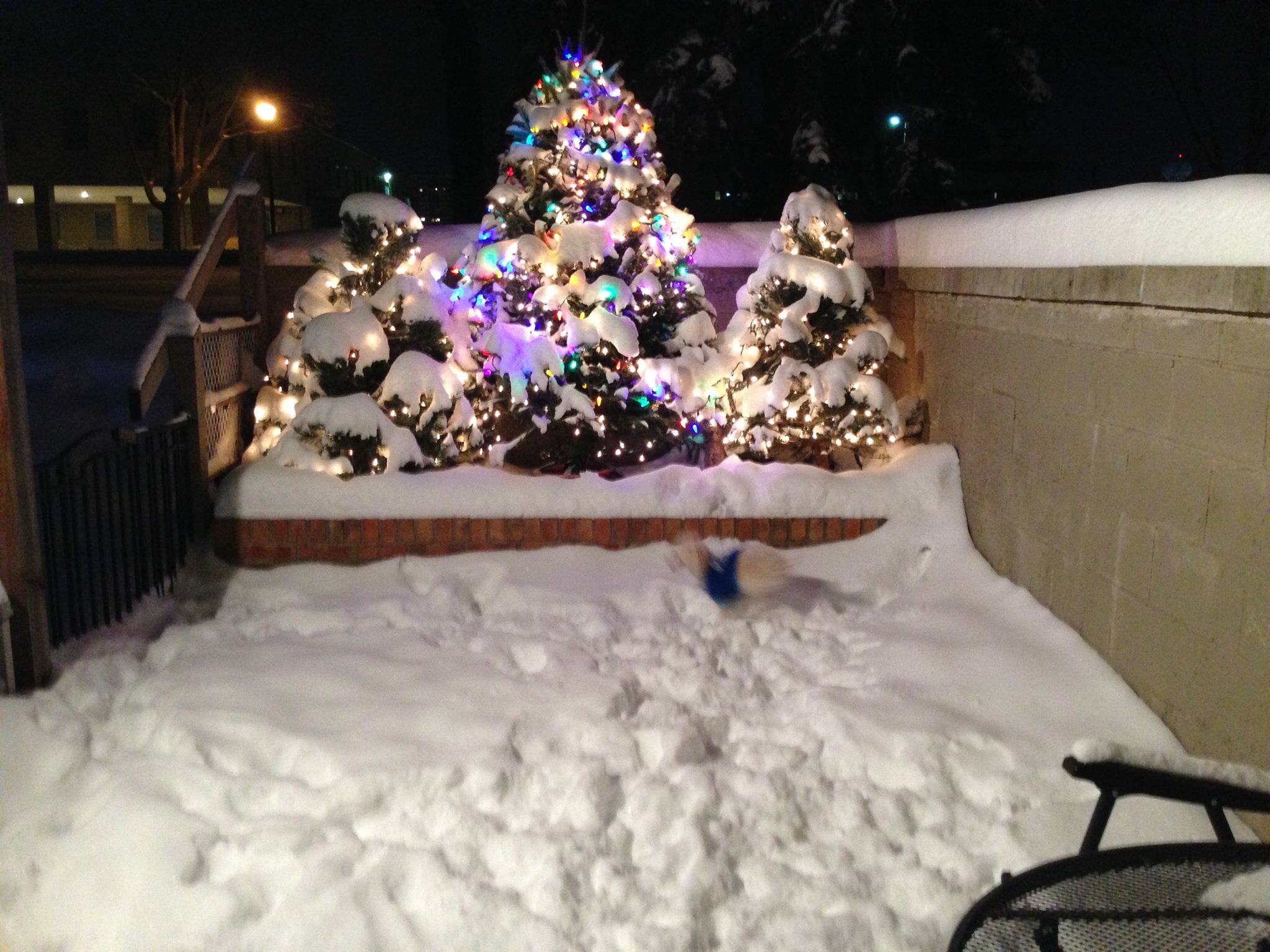 This year, between an allergy to the cold, an allergy to the tree, and tendency to dislocate my joints, I accepted I would need help. I am always reluctant to ask for help, and rarely do, but I thought the tree might lift my spirits and distract me from pain as I rest on the couch every night. So I asked four of my closest friends and family for help. Four people should be enough to deliver and set up a Christmas tree, right?

This is what I got. 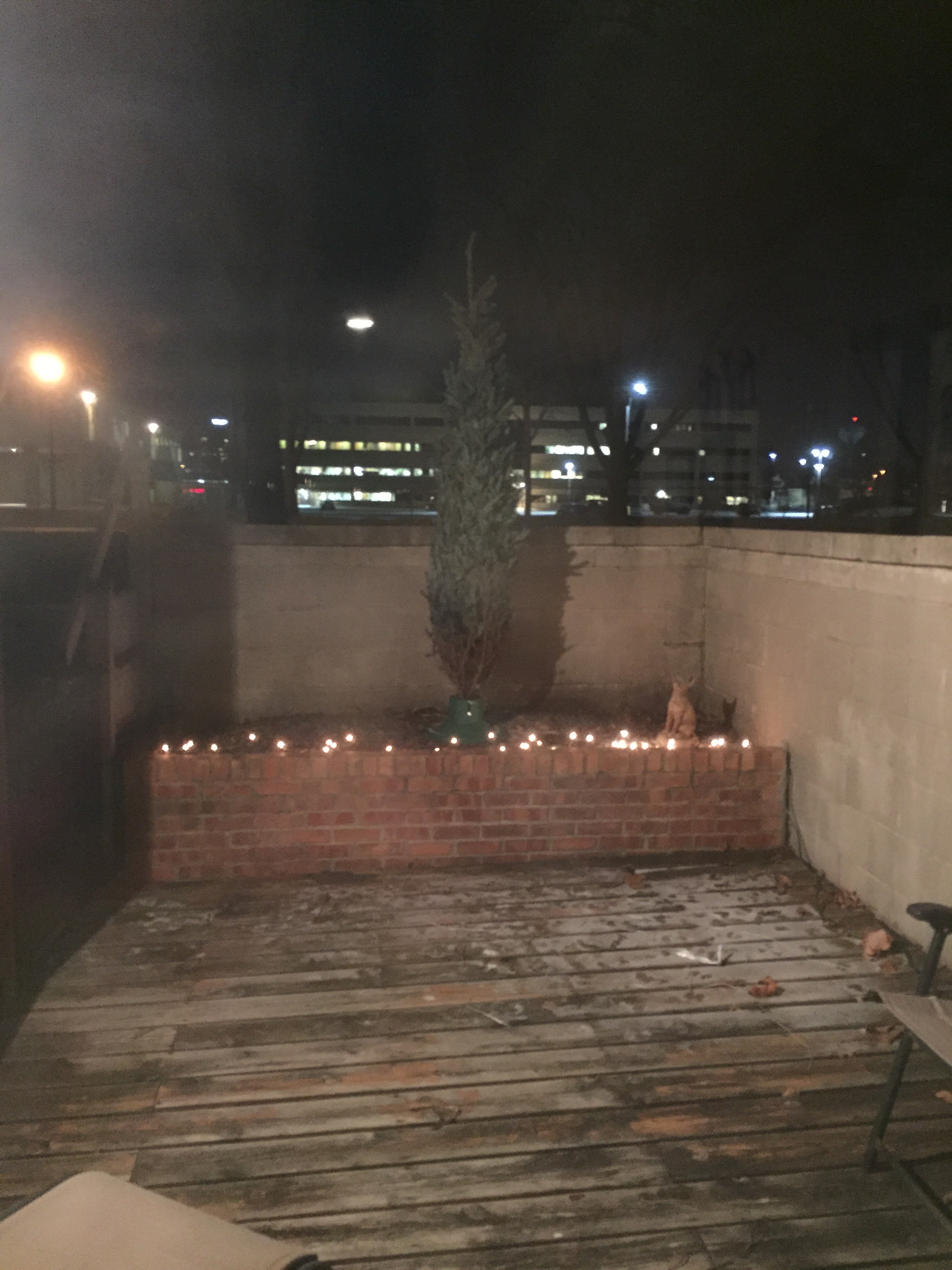 You see, one of my “helpers” threw the tree on my patio, but did not set it up. So the tree lay bound and freezing on my patio. For a week. Until the next “helper” set it in the stand, shrugged their shoulders, and left.

Heart pounding with anger, I stared at the tree. “Put it in your condo to thaw,” the “helpers” said. I can’t. Another insult to injury. I’m allergic. That’s the point. Never mind, the bag of lights sitting untouched by the door. I forced myself to sleep to stop the angry ruminations.

I woke up at 5 am, enjoying 3 treeless minutes, before I open patio blinds to let the dogs out. There lay the tree, impossibly more pitiful than before. 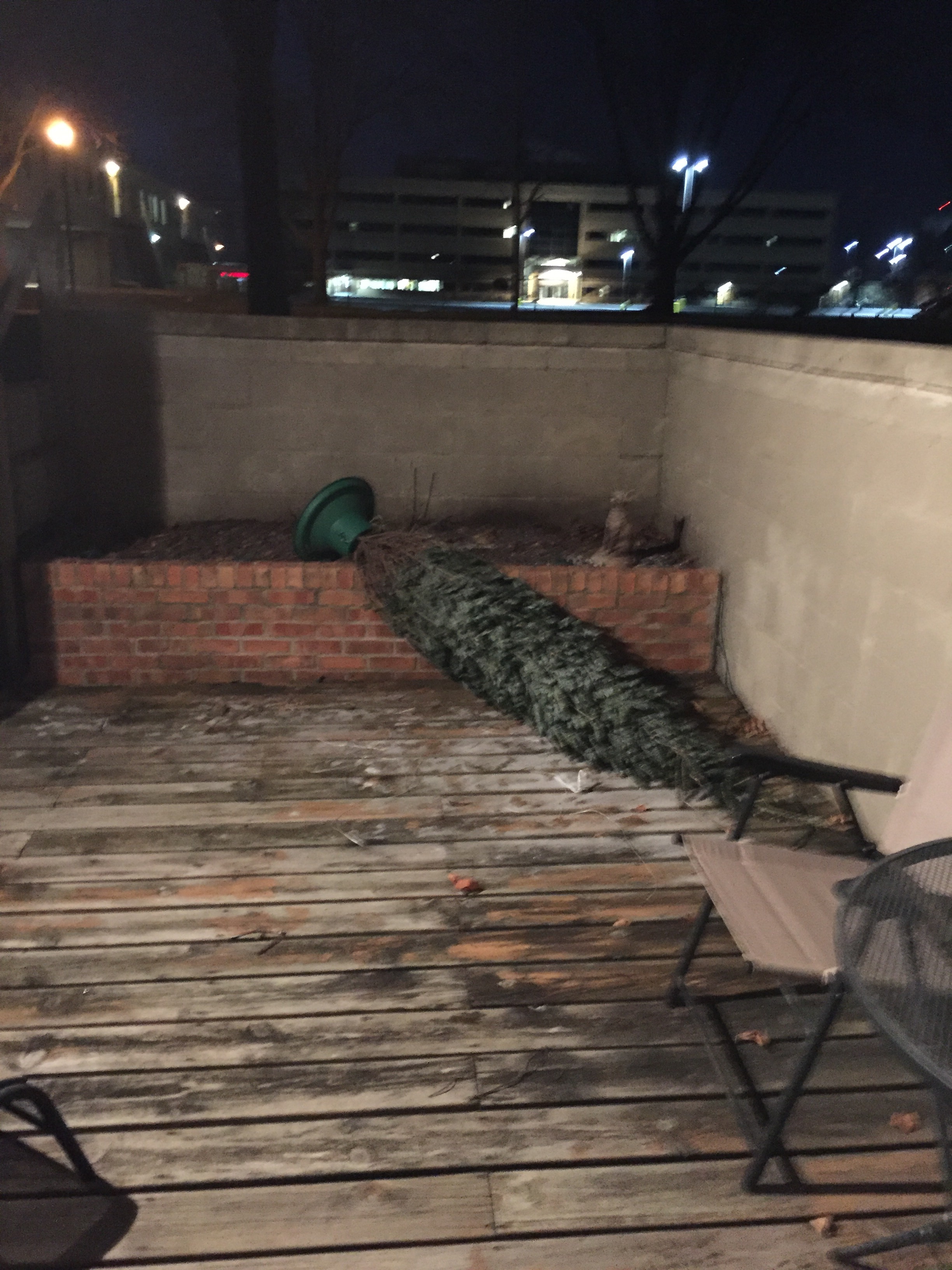 Adrenaline surged as the last year of disappointments spun in my head – holidays spent alone, nights without dinner, and weeks without calls or texts. For months, I had ignored the pain of inadequate support, but here was a visual reminder, demanding to be seen, indisputably pathetic.

Maybe this time was different, because my adrenals are finally recovering after a year of prednisone. Maybe I’ve moved on from the first stage of grief to anger. What I know for sure is I had enough adrenaline to shove the tree over a four-foot patio wall and drag it half a block. (Of course, I put on protective gloves first.)

My intention was to throw it in a dumpster, treestand and all, never to be seen again, but my rage ran out quicker than I expected. So I dropped the tree and scurried away in the darkness of the early morning. I spent the rest of the day nursing a dislocated disc in my back.

For several days, I cautiously spied on the abandoned tree, fearful someone would connect my interest with ownership. I was certain someone would adopt it, but no one did. I began to feel guilty. The tree was just a victim of heartless humans. What if I was the tree?

And then it snowed. Five inches that would inevitably last until spring. The tree was dead and buried. Or so I thought.

Three days later, driving home and caroling along with the radio, I screamed and stomped on the brakes. 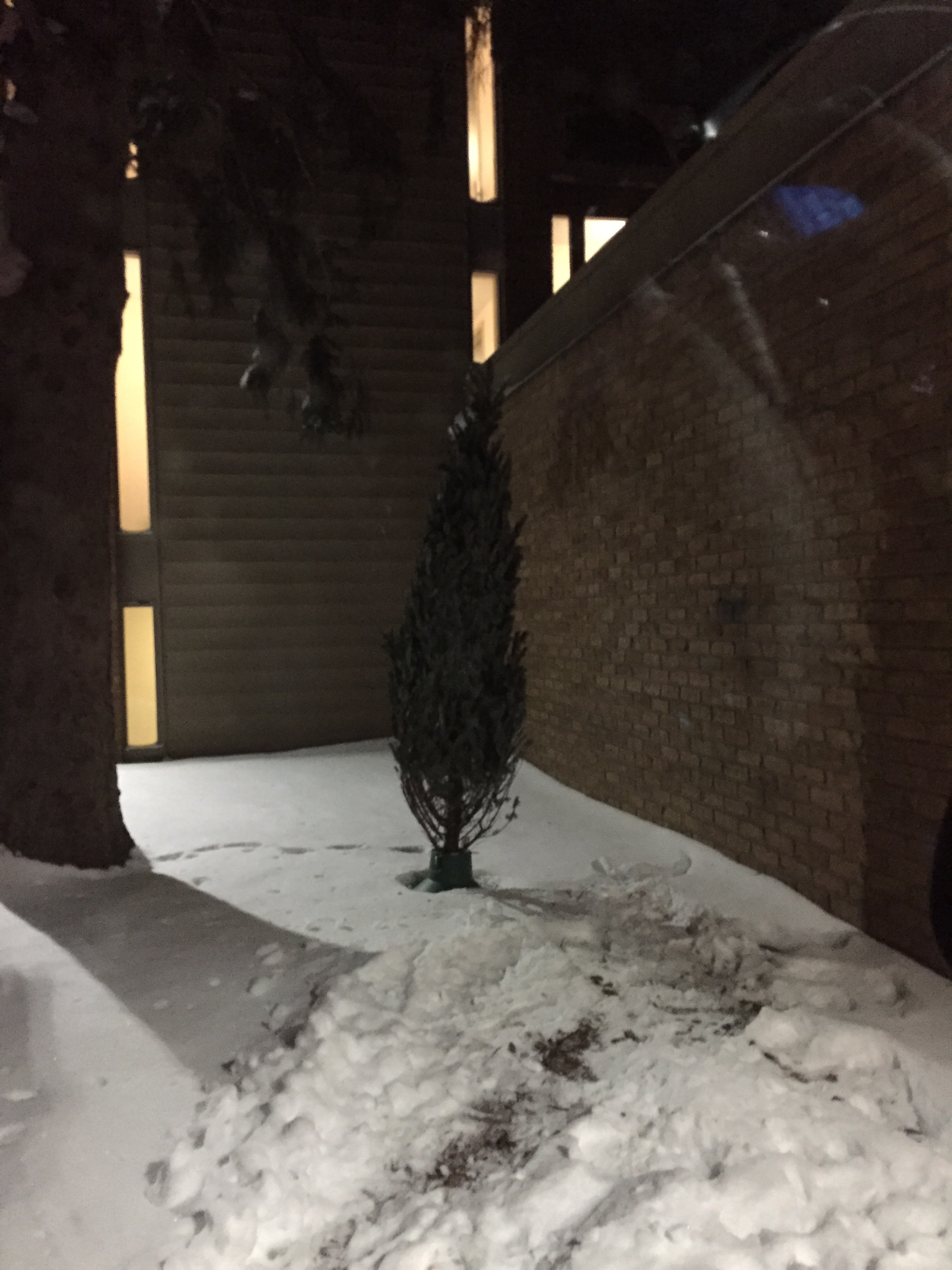 It was back. From the dead. My zombie Christmas tree.

One thought on “So this is how the Grinch felt”